The start-up, which was founded by Nicolas Mendiharat, CEO of the San Francisco Palate Club, Guillaume Jourdan, CEO of VitaBella, and Xavier Garambois, the former head of Amazon Europe, launched at the end of May 2022 after obtaining more than $1 million in funding from wine estates and wine enthusiasts.

In order to accelerate its technological development, it has now increased its investment to about $6 million overall and obtained support from the Rouzaud family of Champagne Roederer and Château Pichon-Comtesse, the Reybier family of Château Cos d’Estournel in St. Emilion, and venture capital fund, Fabric Ventures.

Along with the Perrin family of Château de Beaucastel and the Moueix family of Videlot, the new funders join a distinguished group of supporters.

According to the company, the platform, known as wiNeFTs, aims to be a “new generation” marketplace for wine NFTS that makes use of blockchain technology and Web3 (a new version of the internet that incorporates blockchain technology and token-based economics) to enable a “interactive” direct-to-consumer sales channel that is supported by international logistics. Global shipping company CMA CGM Group, which has acquired a minority stake in Winechain alongside its creator and CEO Rodolphe Saadé, has already agreed to work with it.

Champagne Louis Roederer CEO Frédéric Rouzaud stated that the investment was a manifestation of the company’s commitment to “constantly develop and foster innovation.”

“We are constantly moving, paying attention to the times and customs that are changing, in the vineyard, the cellar, and in every part of our operation. Winechain is for us a way to continue along this path and go even further in terms of proximity and communication with wine connoisseurs,” he said.

It is “important,” according to Michel Reybier of Château Cos d’Estournel, to take into account the new technology assisting the wine industry, especially with marketing initiatives aimed at the next generation.

“By focusing on blockchain technology and wiNeFT dynamics, we can use our existing capabilities to get ready for the future. When it comes to our goal of expanding the global appeal of our wines, the digital capabilities provided by Winechain will unquestionably be crucial, the executive stated.

According to Max Mersch of FABRIC Ventures, the greater traceability, openness, and accessibility would introduce a new generation of wine connoisseurs to the world of wine.

Wineries are still exploring for ways to connect directly with their end consumers rather than the numerous logistics middlemen now in place because the market for wine enthusiasts is growing at a rate that is quickly outpacing supply, he added. The wineries will be able to store the wines in ideal conditions while they are being traded and will be able to profit from royalty fees on the entire secondary market by creating NFTs for each case of wine directly at the source. 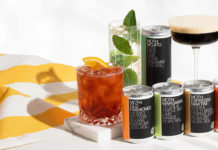 British Airways takes off with Moth Margaritas in a can 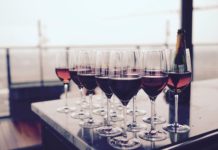 As wine drinkers develop a taste for English wines, the UK wine industry experiences a boom in sales 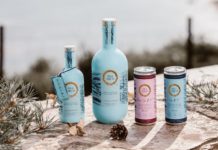